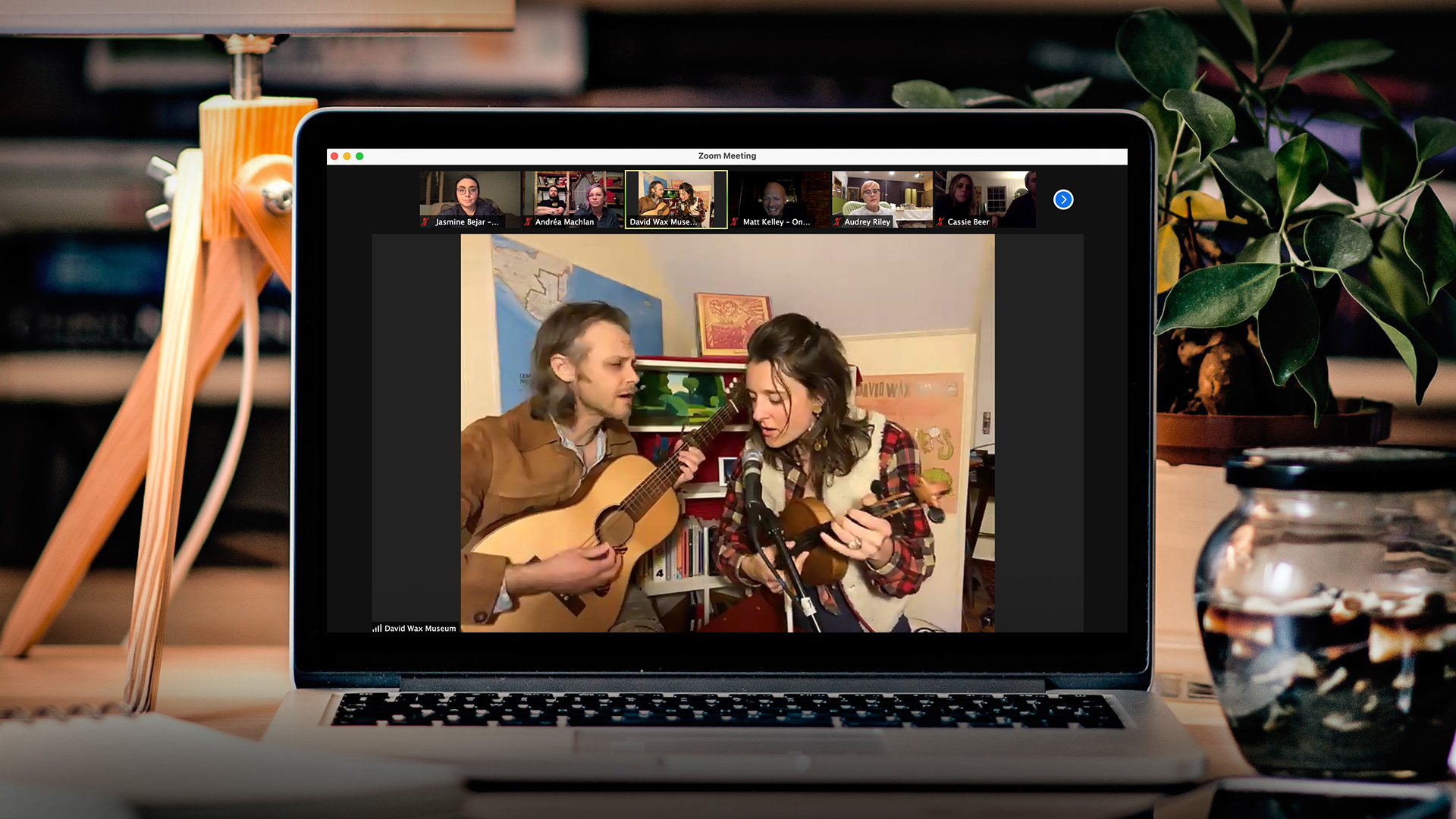 It’s Gonna Get Harder, Before It Gets Easier

Warmth. Wonder. Optimism. They’re intrinsic to our wellbeing. To our ability to see—and feel—the light in dark times. They fuel whispers of hope; add luster to our worn boots that make moving forward, possible.

Do you see it?—the marigold.

The marigold symbolizes hope, which is something we’ve all desperately needed over the last year, as the coronavirus pandemic stripped our lives of these sought-after, intimate moments. At least, we thought it did, at first.

For many of us, these moments define our experience. The lifeline of the bass; the smile of the performers; the camaraderie of being elbow-to-elbow, mere feet away from a musician baring their soul. But if we let a global pandemic truly steal these soulful touches from us, well, that wouldn’t be very rock ‘n’ roll of us, would it?

More than any other, the entertainment industry has suffered from the sacrifices that need to be made in the name of public safety. The heart of the show—gathering, being together—suddenly became detrimental to the health of those we shared these coveted experiences with.

On February 25, 2021, after dinner was made, the dogs let out and kids tucked into bed, we settled onto our couches, opened up our laptops and logged into (yet another) zoom call.

But this zoom call… it’s not like the others. You could sense it—the essence of cheer, euphoria. That’s right—the marigold.

One Lucky Guitar hosted “Marigold: An Online Evening with David Wax Museum,” in the name of hope and optimism. Because, true to their nature, musicians and artists have adapted to this new, socially-distanced environment. Long used to being scrappy and resourceful, they found a way. And David Wax Museum (DWM) not only found it—they’re thriving in it.

In March 2020, as they were packing their van to go to the week-long SXSW festival, David Wax and Suz Slezak (David Wax Museum), found themselves in a worrisome new, but not unique, position—the festival, canceled. All shows, canceled. And having been on the road, touring, nearly constantly for more than ten years, this wasn’t just a shock to their lifestyle. It was a shock to their financial security. But they didn’t let fear or change hinder them; they pivoted, and they did it quickly.

DWM hosted their first Facebook Live performance shortly after the country shut down—St. Patrick’s Day 2020, to be exact. Dave and Suz, whose performances usually range from an acoustic duo to a seven-piece ensemble, opened the intimate, online show with [I Don’t Wanna] Lose Touch with the World. After that, they started playing on Facebook Live three times a week and had a couple hundred people attend each show (many of them the same, week after week).

“Online shows are real shows that offer the tangible connection that people need. These initial shows were a lifeline for people. They were so expressive of what that meant for them at the time, and it was overwhelmingly emotional for us,” said Suz.

Now, they’ve pared back their live shows to once a week, but they’ve ramped up their music careers in other ways.

A New Type of Creativity

David Wax Museum embraced being homebound and started to make music. Now, they can make music faster—before, they’d make a record every three-to-four years, because they spent so much time touring and had to save up to cover all of the expenses of recording (both of which are expensive).

And on that note, DWM also decided that it was now or never to learn how to record their music themselves. They set up a recording studio in their attic, made with borrowed equipment, and taught themselves how to do it all. Because they did that, they’ve recorded four albums in the last year, including Suz’s first-ever solo album.

“Because of the pandemic, I’ve had the time and emotional space to write about the things that I’ve needed to write about for a long time,” Suz explained about writing her solo album. “The album contains songs about everything from birth trauma, to losing a friend to suicide, to depression and mania. It’s a reminder that it’s a choice to lean into the sweetness despite the hard things.”

“The pandemic has given us as artists a chance to really understand what it is we care about and why we’re doing what we’re doing. We should take the time to define the path that we want to be on, and make sure the things we’re doing every day support that.

“In the past, we were stuck in the rat race of touring, on this hamster wheel. When the wheel stops, what do you do? We really liked some parts of that wheel, but what can we do to make sure that it supports the path we want to be on? I know we won’t tour in the same way after this experience.”

As DWM sang, it’s gonna get harder before it gets easier. But, if you look into the distance, you might just see the field of marigolds.

You can support David Wax Museum by joining their Patreon. 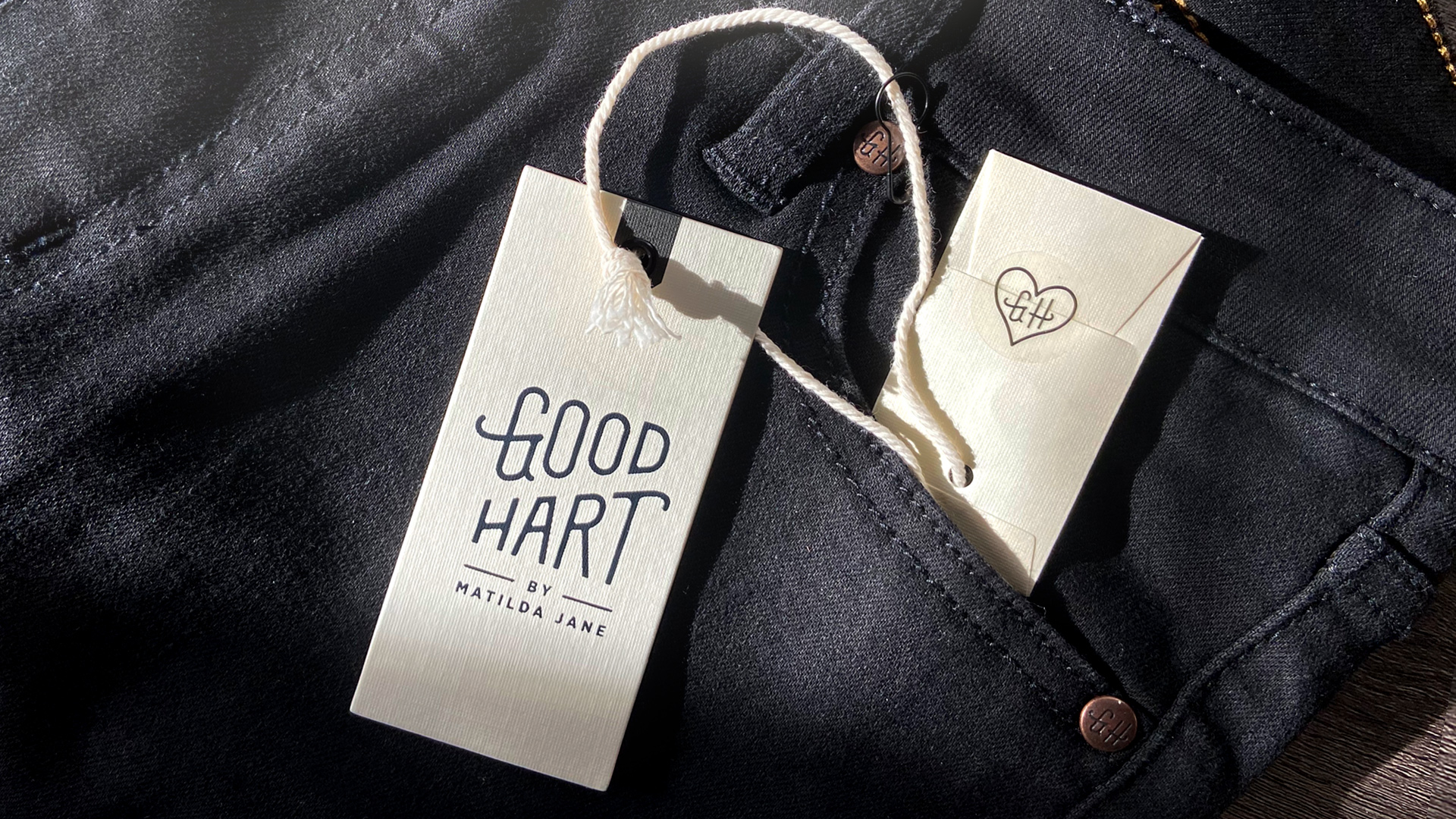 A Touch of Charm

We've been fortunate to contribute to brand-building design for Matilda Jane Clothing over the years, and the recent introduction of the Good Hart line... 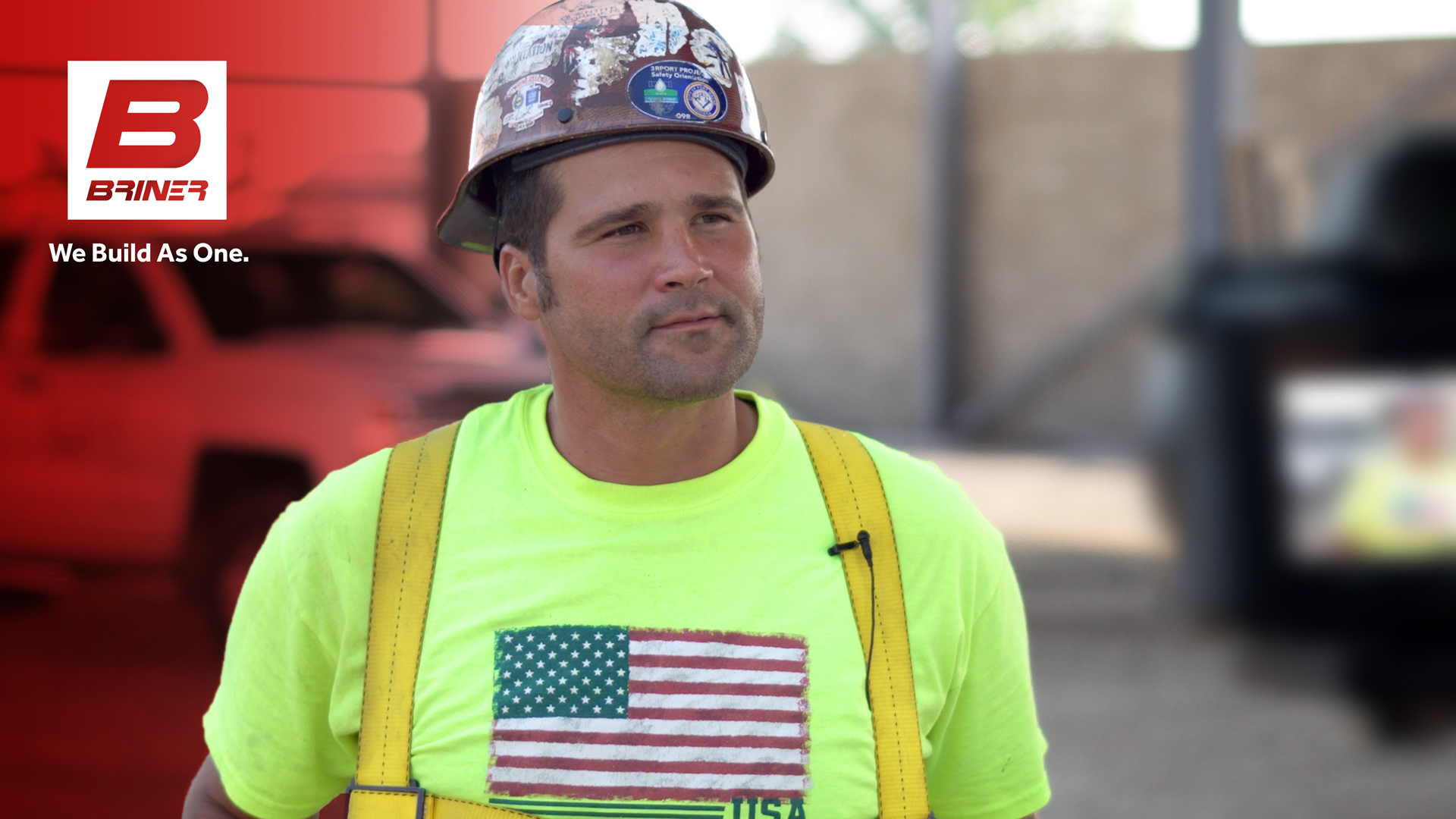 Briner Building was founded in 1969, and since then, their talented and experienced team has grown to include more than 40 employees. As a... 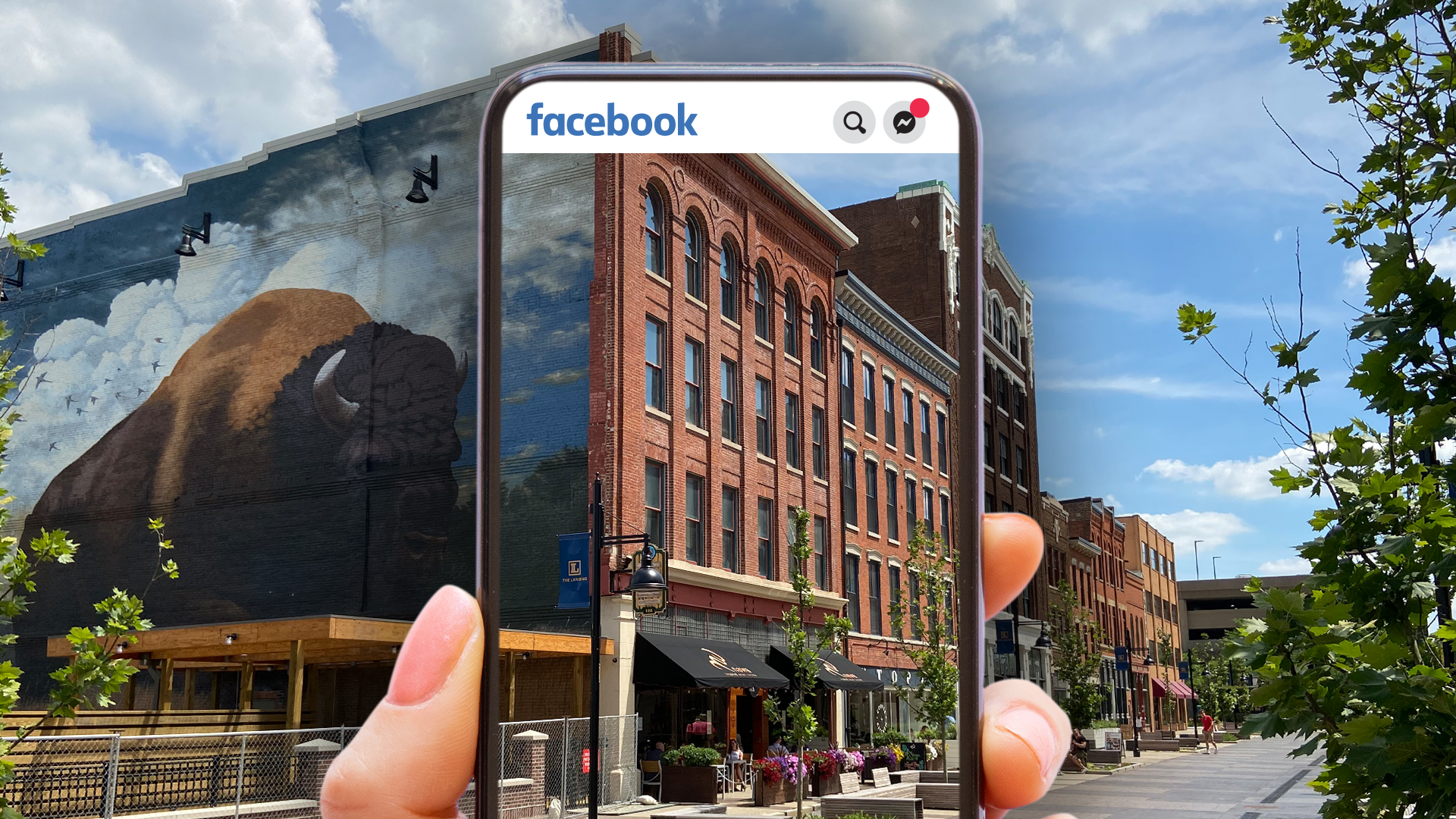 While it was still under construction, One Lucky Guitar partnered with The Model Group to create a social media presence for The Landing, a... 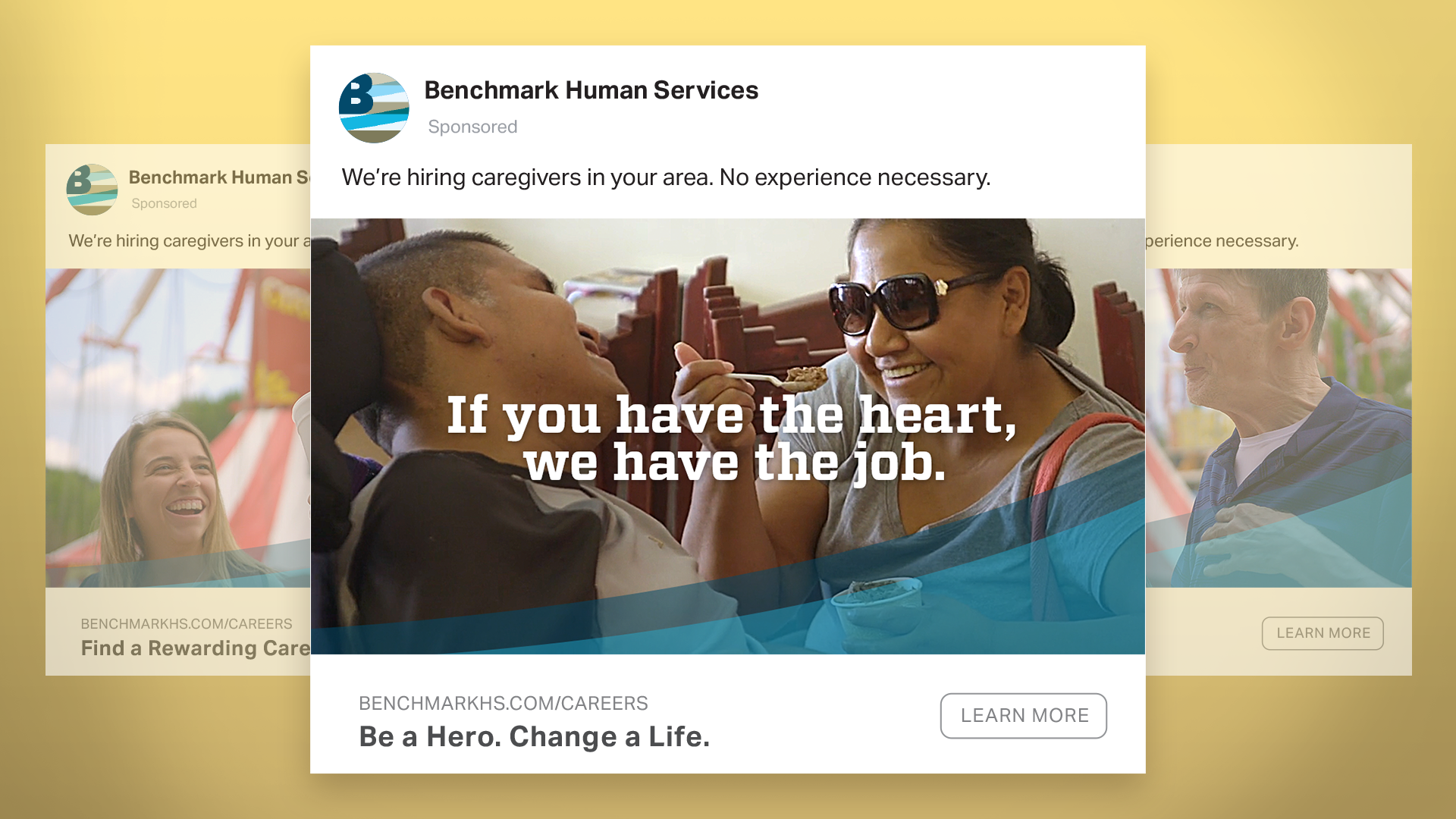 Even in challenging times, some commitments can’t be put on hold. So when Benchmark Human Services needed to recruit caregivers, One Lucky Guitar partnered...