Rayland Baxter at The B-Side 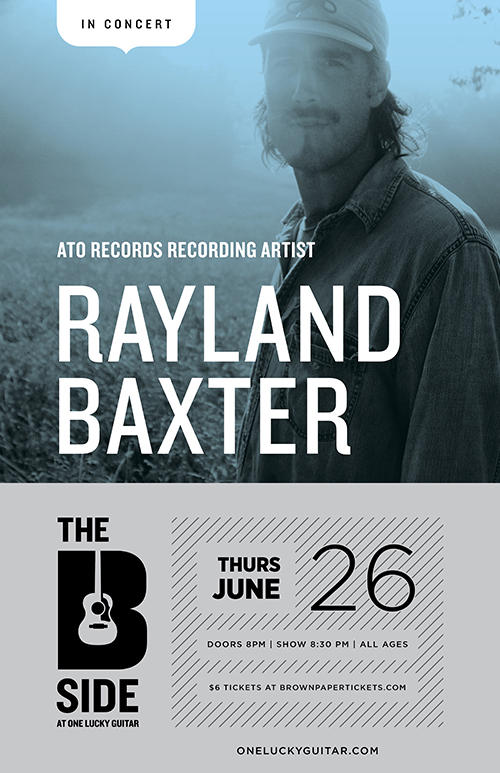 We’re exceptionally excited to announce that Rayland Baxter will be performing at The B-Side on Thursday, June 26th!

Rayland’s debut record, Feathers & Fishhooks (ATO Records), is tremendous, and we expect this intimate performance to be one of the best of the year.

The show will be all the more special for us due to a familial connection—Rayland’s pop Bucky Baxter, who plays soulful pedal steel all over Feathers and wrote one of its finest songs, sold Matt the “lucky guitar” 14 years ago. It was in the holler in Nashville that we first met the young Rayland, way back in 2000. (As we get closer to the show, we’ll color in the details on that story.)

Check out Baxter’s music. (We recommend starting with “The Mountain Song” or “Olivia”…)

Hop on the event at Facebook, and invite friends…