What All the Buzz Is About 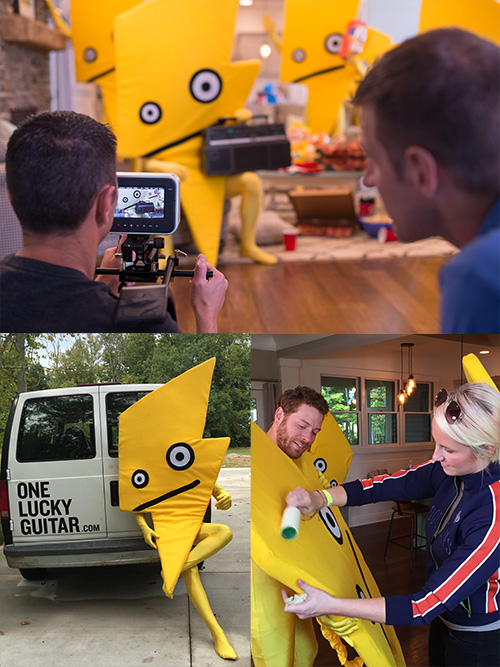 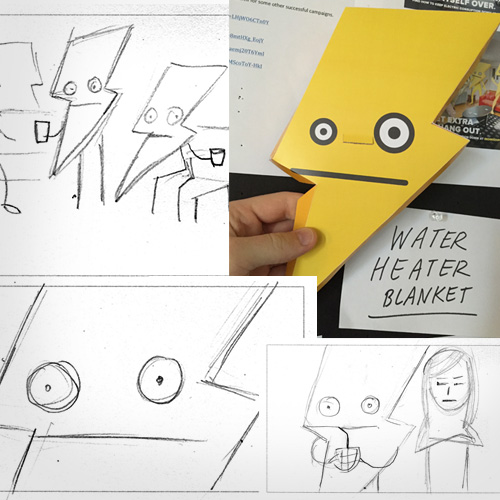 You might say the OLG office has been buzzing with extra energy the last few months.

When Indiana Michigan Power came to us earlier this year and asked us to help them educate homeowners about saving energy around the house, we knew it could be fun.

The challenge was making videos about energy efficiency interesting enough that people would actually want to watch them among everything else on the Internet.

We needed a concept so big and so bold it would stand out and stick with people — a concept like yellow spandex.

So we went to work, and we realized a big reason we use extra energy is because we can’t see it. And when we can’t see something, it’s easy to waste.

But what if energy was visible?

This idea led us to develop a set of quirky characters called the Wattsters. These guys are bright yellow and 7-feet-tall, and they make extra energy impossible to ignore.

In our videos, the Wattsters surprise a homeowner every time she overuses energy around the house. One of the biggest challenges was bringing them to life in the first place. Our early sketches show how we refined their look. We wanted them to be goofy and aloof. And, of course, they had to represent the electricity that was running amok, so we stayed true to the lightning bolt form.

When it came time to bring the Wattsters to life, it took ingenuity, sewing skills and a lot of yellow felt to make it happen. And in the end, they starred in a series of web videos where they got into all sorts of trouble, making messes until our homeowner learned simple ways to change her habits and keep extra energy out.

When you see extra energy, you won’t be able to ignore it either. Working on this campaign has been a good reminder to all of us at OLG to be more energy efficient. But you don’t have to take our word for it.

Watch the first two videos (below), The Right Light and Recycle Old Appliances. Indiana Michigan Power will be posting more videos on their Facebook page, one-by-one, until mid-November, so stay tuned for updates, and see what the buzz is about for yourself. Go ahead and “like” their page while you’re at it, too.

And watch out! Now that our homeowner is energy efficient, these guys don’t have a place to stay anymore. If you overuse energy, they might crash with you.

So … how do you feel about yellow spandex?

PREV  |  Friends Forever: Behind the Curtain
HOME
Turning up the Volume  |  NEXT