Starting a Place for Innovation 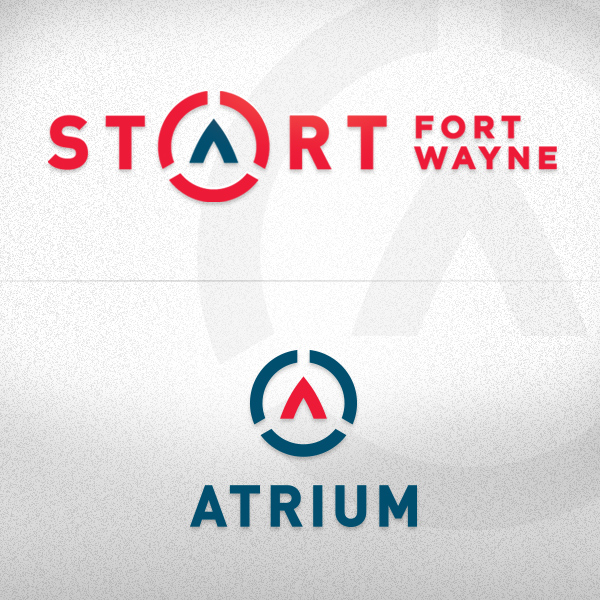 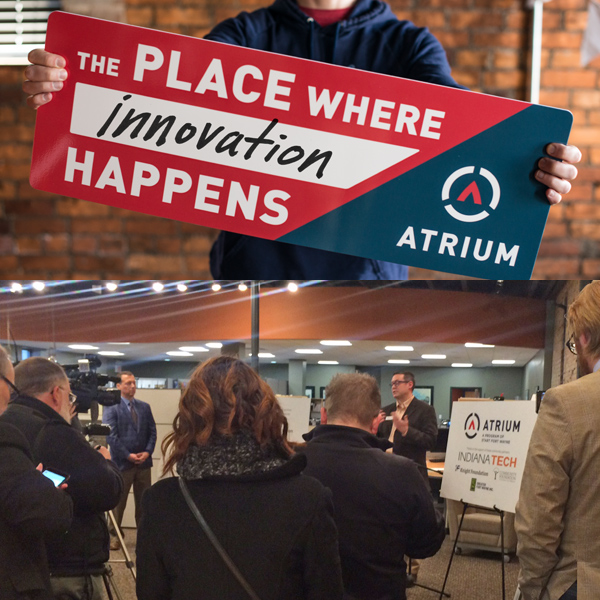 We took a mid-afternoon break at OLG today for something more exciting than coffee.

An organization called Start Fort Wayne is launching a new cowork space in downtown Fort Wayne, and we attended the big announcement—not only because we love this city, but also because we had a hand in some of the work to make it happen.

Start Fort Wayne came to us earlier this year for two logos: one for its overall operations, and one for its groundbreaking cowork space above Hoch Associates at 111 W. Berry Street called The Atrium.

This space is set to open in May as a huge step toward SFW’s goal of inspiring a thriving and active entrepreneur community in our city with a common area for 20–40 entrepreneurs to rent desks and six private offices. The space will help lower barriers for entrepreneurs to start businesses downtown by allowing them to rent small spaces and ideally grow to the point that they move into their own buildings.

Here at OLG, we’re strong supporters of local development. We’ve helped build brands for organizations like YLNI, Greater Fort Wayne Inc. and Arts United. So when SFW came to us, we were excited to get involved.

Since the Atrium is closely tied to SFW’s mission, the client wanted both logos to work together and play off each other.

So we created the logos with the same basic design around the idea of a start button or launch pad, featuring a circle around an arrow. The circle has three parts to represent SFW’s three focus areas: community, education and space. And the arrow in the design also doubles as the “A” in “start.”

We used red and blue from the Fort Wayne flag to tie the brand back to our city, and we flipped the colors in both logos to distinguish SFW from The Atrium.

To top it all off, we made a fill-in-the-blank dry erase sign with The Atrium’s tagline: “The place where ____ happens.”

If you ask us, it’s the place for “innovation.”