David Bazan Returns to The B-Side 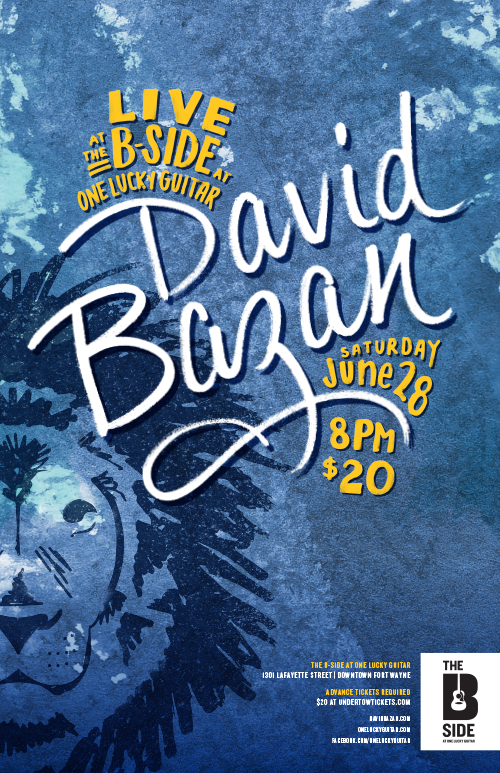 We’re thrilled to announce that David Bazan will be returning to The B-Side on Saturday, June 28th!

Bazan’s memorable December 2009 set at One Lucky Guitar was the first show we ever hosted* in our space, and set our minds wandering with ideas that eventually led to The B-Side. (Check out Joel Faurote’s photos, from back before we had chairs…)

In addition to an incredible solo career, Bazan was formerly the lead singer and creative force behind Pedro the Lion and Headphones.

All ticketing is run through Bazan’s folks at Undertow Music.

* As some of you long-timers know, before we called this space home, it belonged to a yoga studio. And way, way, way back when, a band called Go Dog Go played here!