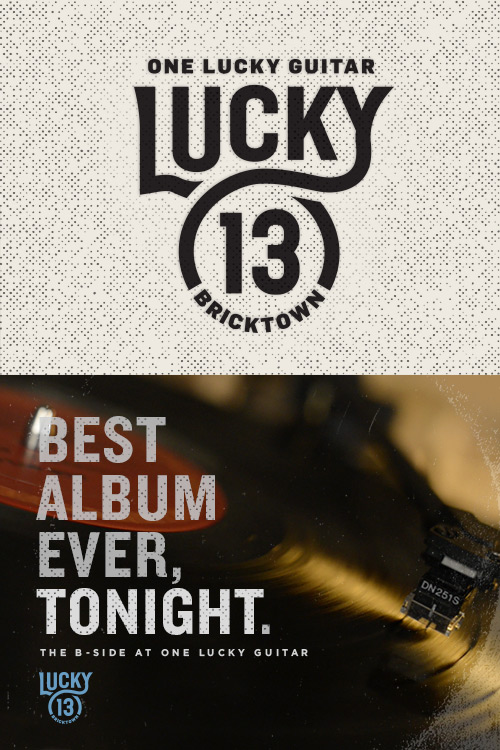 Best Album Ever, Tonight is a new monthly series—part of our celebration of 13 years at 1301 Lafayette—at The B-Side. Once a month, we’re going to host a listening party, for the best album ever.

Of course, the best best-ever lists never stop evolving, and so will this series. We’ve got a few ideas on what to play, but we’ll look for yours too, and surely MOJO and Rolling Stone and Pitchfork can’t go six months without publishing a new best albums of all-time list, right? We’ll check those out, too.

We’ll probably at least try to tie the albums to a particular anniversary, or attach some other handle to it.

The format is easy. We’ll gather. Maybe somebody will say something, and somebody else will chime in, too. We’ll dim the lights and play the record, in its entirety, reasonably loud. (We’ll play it on vinyl, whenever possible.) After, we’ll exhale, hang out, have a laugh, talk about the record and the artist and life, then get on with the rest of our evenings. By that time it’ll be 10PM or so, and after all there will be gigs starting somewhere.

There’s no cover. It’s BYO. We’ll pass a jar and if you wanna throw in some money, we’ll send it all to Slim Dunlap’s caregivers and the Songs for Slim fund.

Got an idea? Tusk? The Great Twenty-Eight? The Miseducation of Lauryn Hill? OK Computer, or maybe Kid A? A Nod’s As Good As a Wink (to a Blind Horse)? Achtung Baby? That first Strokes album?

Oh, we’re in. Leave a comment, or email us your ideas at [email protected]