A Race for Hope 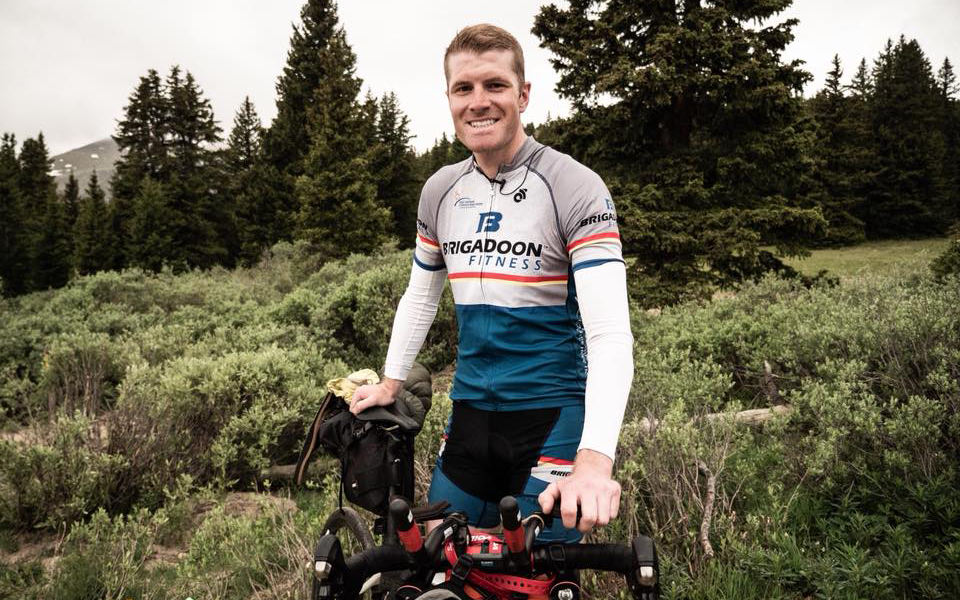 So, what in the world do we do on Fourth Thursdays?

It’s a little vague for a reason. Ultimately, what we aim to do is take some time to do some kind of team-building activity, or personal/professional development activity, or anything that helps us learn and grow, together.

In September, we had an extra special Fourth Thursday—we paid a visit to Mad Anthonys Children’s Hope House to hear about Executive Director Andrew Gritzmaker’s cross-country bike ride to raise $25,000+ for the organization.

Mad Anthonys Children’s Hope House offers lodging to families who have children undergoing lifesaving treatments at area hospitals—allowing those families to be at their best and there for the children who need them.

To be clear—”cross-country” means from Astoria, Oregon to Yorktown, Virginia. It means 4,164 miles. It means 32 days on a bike.

Andrew spent 23 of those 32 days completely alone on the road. The Trans Am Bike Race is a self-supported race, which means that everything that you need to survive, you carry with you. You’re allowed any accommodations that are open to everyone (hotels, restaurants, grocery).

If you think a cross-country bike ride sounds wild, you’d be in the same boat as us—and as Andrew. And once you hear the details, you might be inclined to stick to living vicariously through Andrew, or maybe you might do it!; but, ultimately, you’ll probably be inspired to achieve your own lifelong dream.

Recently, at an event unrelated, our good friend Brendon Maxwell of Utopian Coffee spoke about entrepreneurship, and the risks he took to get him where he is today.

During the event, he said, “I believe the root of passion is suffering. What do you care so deeply about that you are willing to suffer for it?” 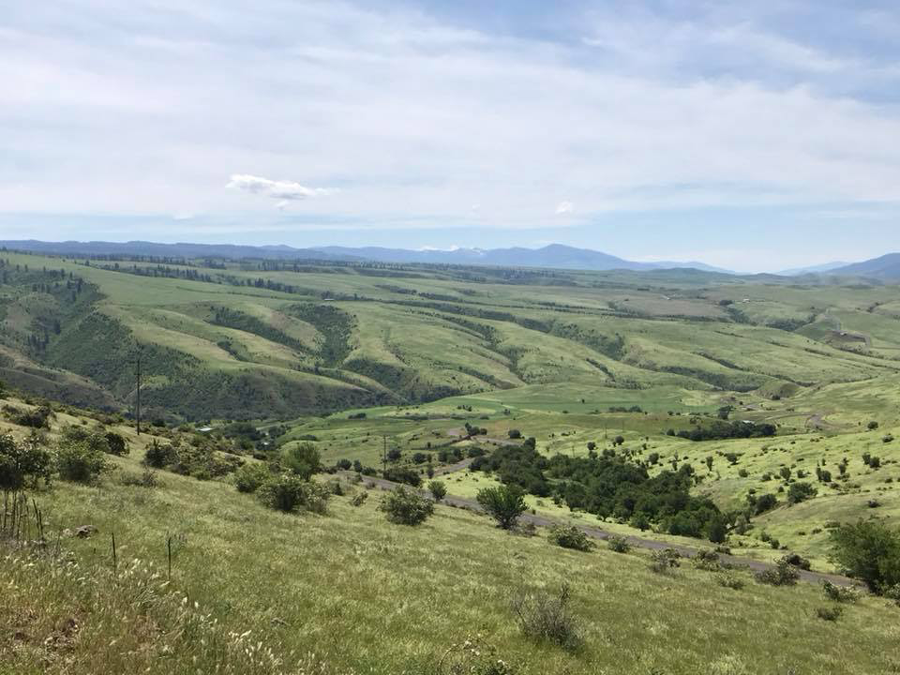 Or maybe if you’re like some of us—you’ll turn your office into a venue in the evening. Or you’ll plan a three-stage, destination music festival.

What struck me most about Andrew’s story was his honesty about the intense physical challenges he faced, and even more, the emotional turmoil and, ultimately, triumph he felt.

Because, naturally, there were points during the race where Andrew questioned whether he’d finish. But of course, he persevered!

I think I’ve only felt a similar sensation twice in my life—once, at the headlining act of Middle Waves Music Festival, and the other when I ran my first half marathon, the Fort4Fitness.

In a way, I think this relates directly to what Brendon said, about suffering and passion. Here’s why.

Putting on a music festival, running a half marathon or biking across the county is hard. The caliber of any of these activities is extremely intense, and for many of us who don’t do anything near these on a daily basis, it takes all of your mind space and physical energy. But even more so, it maximizes your emotional capacity. None of these things (or anything like them!) are things you can wake up and execute the next day. They take months of planning, training, rehearsal, practice and so on. And above all, they take a significant sacrifice.

And sacrifice, leads to suffering.

I think it’s also important to acknowledge that suffering isn’t bad—actually, it’s essential. For our growth, for our spirit. 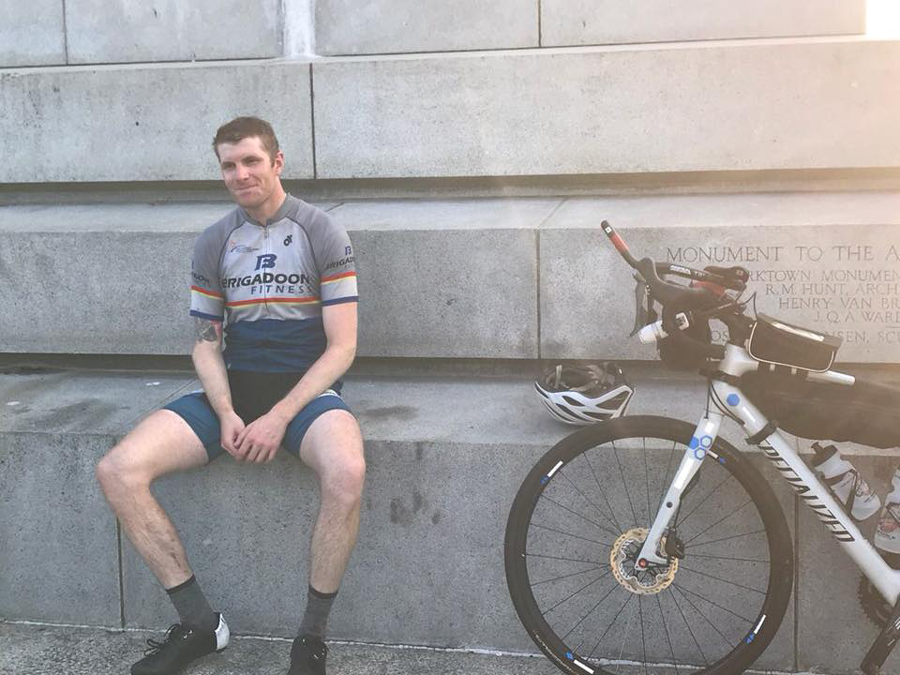 At the end of these things, you even yearn for the suffering back a little. Andrew confirmed this in his story; he sometimes wishes he was back in the thick of it. Even though running a half marathon was challenging (for me), I’ll do it again. We’ll all keep returning to the things that we have to sacrifice in order to gain. 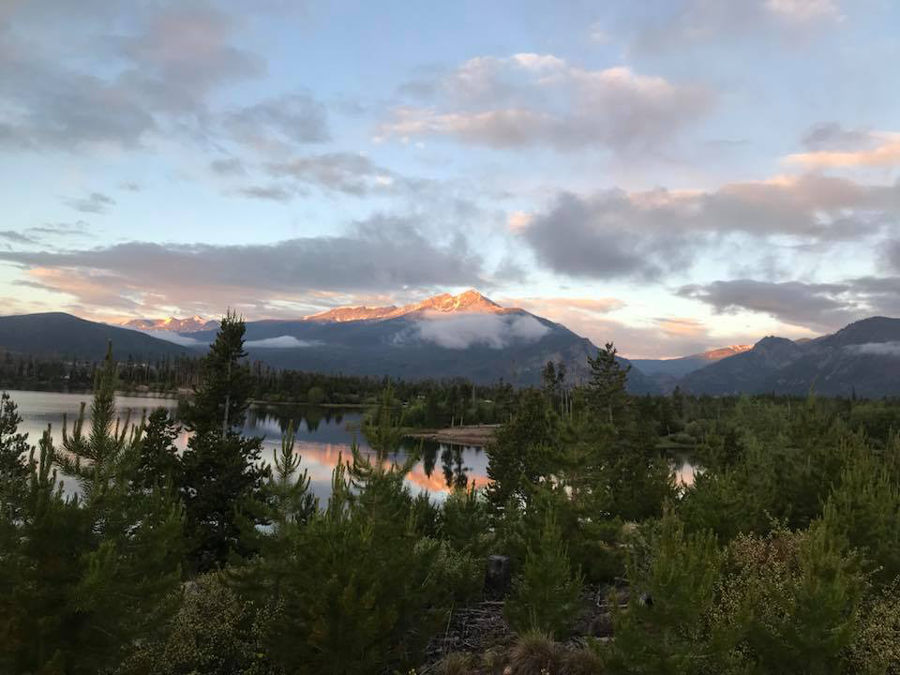 I do no justice to the true story here. If you’d like to hear Andrew’s story from him directly, and be as inspired as the rest of the OLG team was, you can check out this event at 2Toms Brewing on Wednesday, October 10 at 7:30 PM.